The socio-physical structures and processes of the area project "Rosa Zukunft" will be evaluated within two steps in the timeframe of 10/2016 - 06/2019. The aim is to evaluate and analyse the satisfaction of inhabitants of the city quarter and of inhabitants of the adjacent district. Different workshops - in which residents get actively involved - as well as interviews are part of the project's methodology.

Scientists from various disciplines are giving are lecture series on "Aging and Being Old". The common aim is to gather the processes of aging interdisciplinary. For further information please click here. 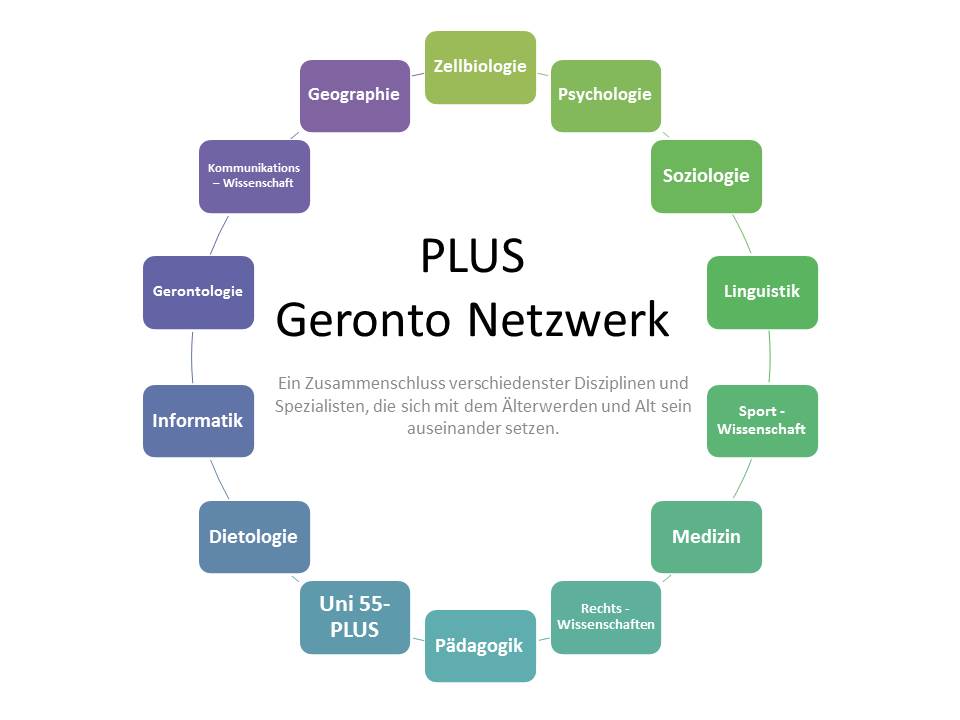 The idea of "Keep the ball rolling" is quite simple: it supports engaged individuals and local institutions to effectuate their ideas and imaginations of a better local life. The social festival not only offers an organizational frame, but also provides project applicants with money which is spent by a couple of private Austrian foundations who operate under the name of s!nnstifter (among others ERSTE Stiftung, Essl Foundation and Katharina Turnauer Privatstiftung). Each festival cycle takes 18 months in an Austrian region which has to apply for it. The Lungau region (province of Salzburg) had been selected as scene of the social festival in 2011; the Styrian Iron Street (Styria) is this year’s venue. Project proposals cover a wide range of social-regional topics, dealing with “Good economic and labor activity”, “Good togetherness”, and “Good poverty alleviation”. Together with the International Research Center for Ethical and Social Issues (ifz) and the Center for Ethics and Poverty Research(ZEA) as lead partners of "Keep the ball rolling", the Social Geography Research Group is involved in the scientific preparation and analysis of empirical results which are conducted in parallel to the social festival.

The Doctoral College GIScience is an ‘education through research’ program with supervision, monitoring and assessment procedures, funded by the FWF. It focuses on qualification requirements, responsibilities and duties of supervisors as well as doctoral candidates’ progress assessment. The research program is subdivided into three clusters: (1) Representations and Data Models, (2) Time and Process Models, (3) Spatialization, Media and Society. The Social Geography Research Groupis engaged in the supervision of four PhD candidates (two first and two second supervisions).

The working group socialgeography is actively involved in the project of Wissensstadt Salzburg. In cooperation with the street magazine Apropos and the Centre for Ethnik and Poverty Research (ZEA) we are preparing a lecture on social integration of street newspaper vendors. We base our talk on research results of students of geography of the University of Salzburg.

The lecture will take place on Friday 5th of May, 13:00, at Mirabell Palace. After a lecture there will be the possibility to take  a workshop by Apropos. Interested persons can take on the role of a stree newspaper vendor. 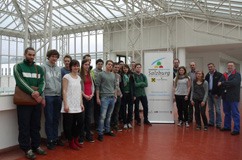 Since early 2013 the research group social geography of the University of Salzburg is working together with the Salzburg Institute for Spatial Planning & Housing (SIR) to add expertise to this year's municipality development project: "The municipality as a local supplier"

For decades now, municipalities have to handle evermore tasks. Demographic development and the change in societal demands and needs have extended the scope of tasks for muncipalities while financial resources have not grown to the same amount.

On the 3rd of October 2013, the results of the research are presented at the municipality development conference in Elixhausen.

For further information and regular updates visit also the page of the municipality development Salzburg.

Demochange is embedded into the Alpine Space Projects frame and funded by the European Union EFRE fund. Its central aim is to investigate and evaluate demographic changes in peripheral Alpine regions of Italy, Switzerland, Germany, Slovenia, and Austria in order to formulate adaptation strategies for spatial planning and regional development. Based on a thorough analysis of socio-economic and socio-demographic data several pilot activities have been launched in each model region. Furthermore, an online SWOT analysis tool and a comparative roadmap have been developed to allow regional planners and other local and regional stakeholders a coordinated engagement in dealing with an ageing population, migration and commuting issues, gender policy, preservation of basic infrastructures, and governance efforts. The Social Geography Research Group is one of two Austrian project partners.

The socialgeography research group participated at the event “Uni:hautnah” in 2010. A public discussion was held about what is meant by demography and the effects of demographic change on the everyday life of individuals as well as on various societies. The project “An interactive journey …in the demographic future of Land Salzburg“ enabled the participants to discuss demographic issues on different scales and perspectives.

Within the public event of the Paris Lodron University of Salzburg “Uni:hautnah” the socialgeography working group set up an interactive multimedia visualization of agricultural product transport routes within Land Salzburg using an geographic information system. Under the title “From out of the region back to it” the project aimed to start an open discussion with the wider public on the structural connections of regional products transportation and the regional as well as seasonal availability of goods. The consumer behaviors and patterns of commerce were discussed under the focus of regional product chains.

Based on an extensive analysis of existing factory outlet centers in Germany (and Europe) the project evaluated economic geographical key success factors for a planned factory outlet center in Rhineland-Palatinate. Scientific analysis has been conducted by Department of Geosciences, University of Munich (Koch Andreas).

During a research semester at the Institute for Economic Geography and GIScience, Vienna University of Economics and Business (10/2000 – 03/2001), Andreas Koch collaborated under supervision of Prof. Dr. M. M. Fischer in this FWF-project with Martin Reismann. The idea was to develop a Neural Network Model that is capable to represent and simulate spatial interactions between Austrian cities, based on telecommunications data.